Recently CT & I went to a talk at the New York Public Library celebrating The National Lampoon. You may know it from a little movie called Animal House or the monthly humor magazine from the 1970s. There were a bunch of writers and some actors in attendance to celebrate the release of the book “Drunk Stoned Brilliant Dead: The Writers and Artists Who Made the National Lampoon Insanely Great.” It was an interesting night although admittedly some of the references made were way over our heads. Afterwards, CT and I needed a place to grab a bite to eat nearby. We went with our favorite Korean place, Han Bat.

Han Bat is outside of traditional Koreatown being on 35th Street rather than 32nd Street, which means it is a little quieter and cheaper. It also happens to be right next door to where some Midtown Lunchers had jjajjungmyun a few months back at Hyo Dong Gak.

Here are the traditional banchan served before every meal.

Broccoli Rabe. I never had this one before. I gotta get my veggies somehow. 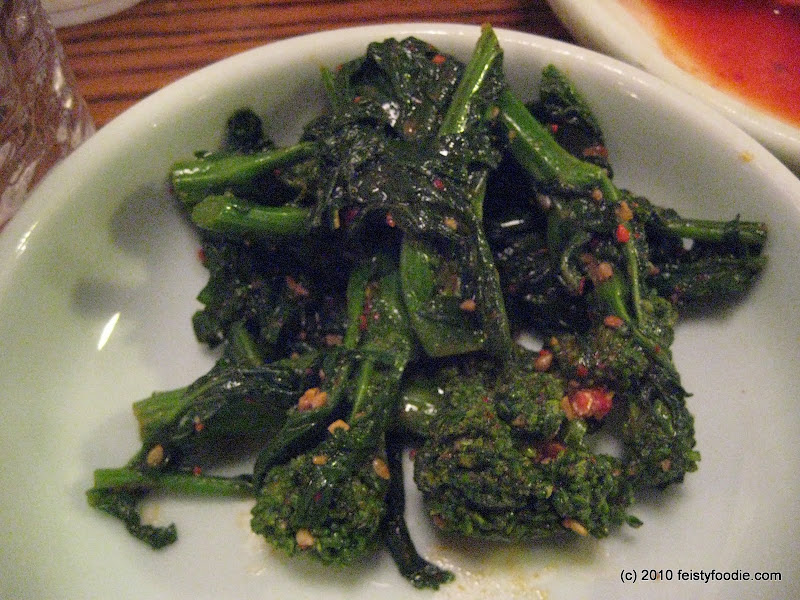 Fish Cake. I have really begun to appreciate fish cake over the past year or so. I enjoy the texture- somewhat soft, a little chewy. 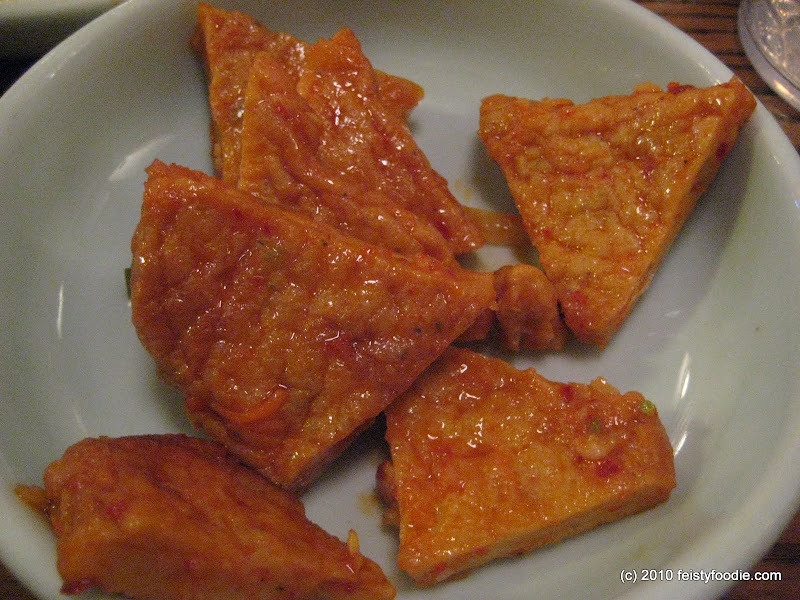 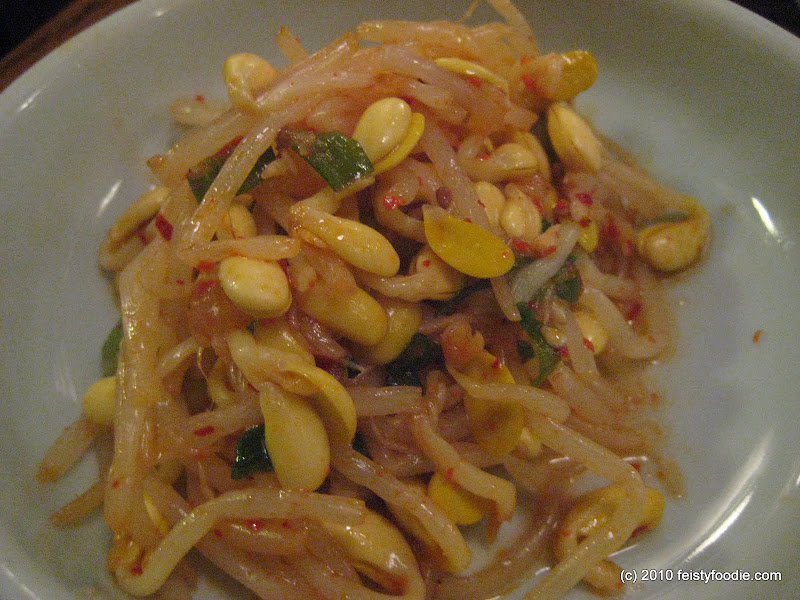 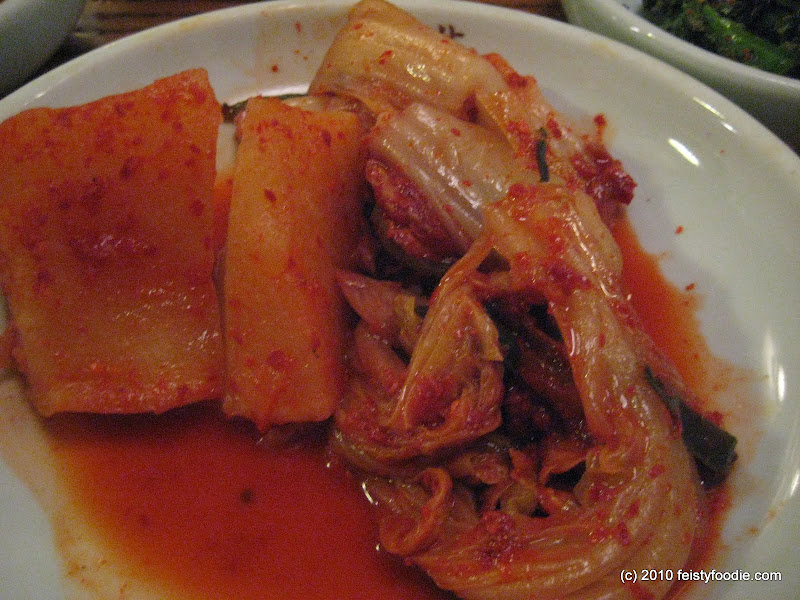 I had no idea what this was. Possibly eggplant? I just had a bite because it was a little too mushy for me. 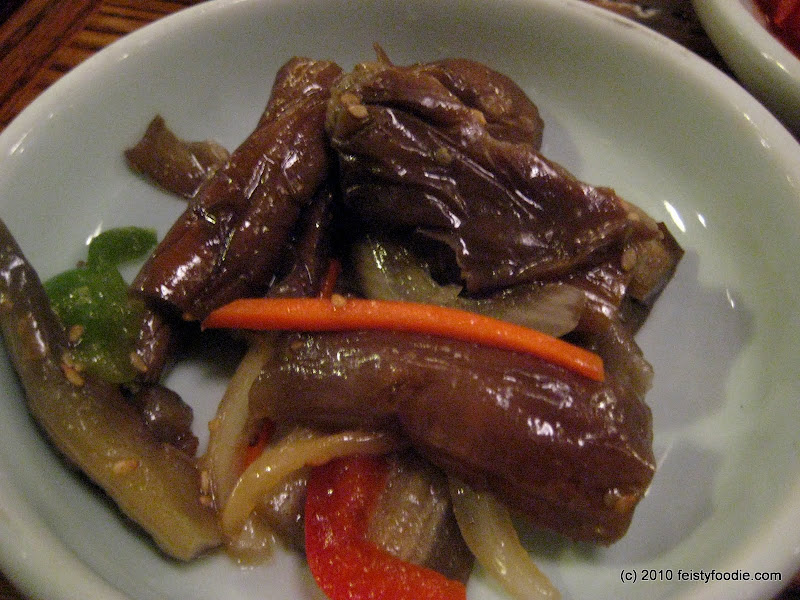 CT says: The mystery banchan and the fishcake were my favorites. I just never got on the kimchi bandwagon; although when mixed with other food I like the flavors, I don’t like it alone as a side dish. The mystery banchan had an interesting flavor, somewhere between an eggplant and a mushroom.

It has been a requisite to order the Seafood Pajun at every visit. I will go ahead and say that Han Bat has the best Pajun in the city. First off, it is huge! Almost impossible for two people to finish themselves. Second, it is nice and crispy. It doesn’t go all limp when picking up a piece with chopsticks. Lastly, it isn’t greasy. You must order this when you go yourself. 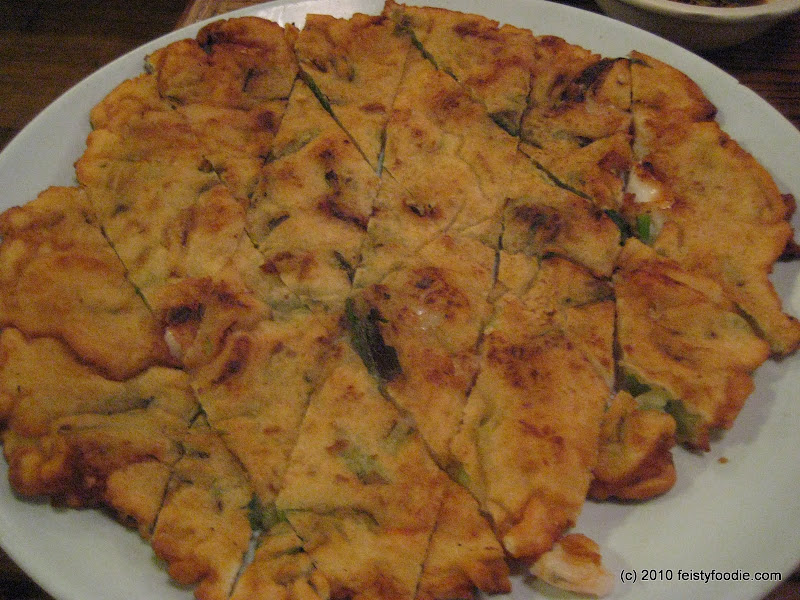 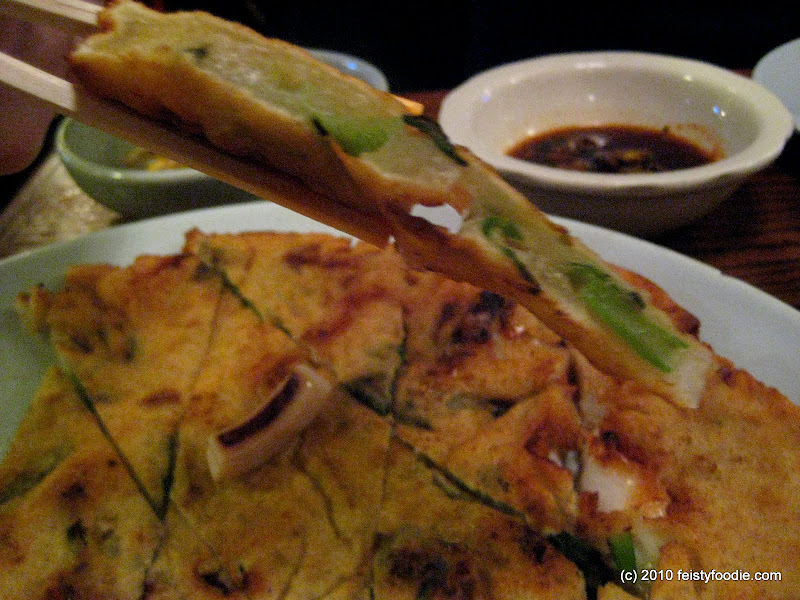 CT says: I like it best because it’s crispy on the outside, but still has a softness and a little chewiness on the inner pieces – the best of both worlds! And the seafood stuffing is plentiful.

Since neither of us were super hungry, we only ordered one other dish: Seafood Bibimbap in a hot stone pot. Usually, we order the traditional beef, but decided to change it up this time around. The super hot pot came out topped with some sort of Korean collard greens on top. They were super fragrant and added good ruffage to the dish, especially after being mixed and cooked down a bit. There were some shrimp, calamari, and octopus in with the rice too. It had the perfect level of spice from the peppers. It was super hard to put down the chopsticks and stop eating, that’s how good it way. 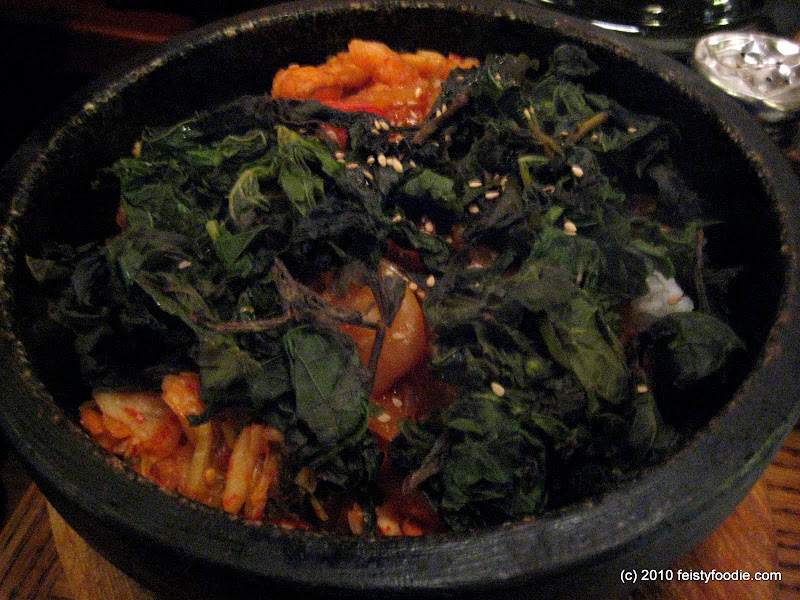 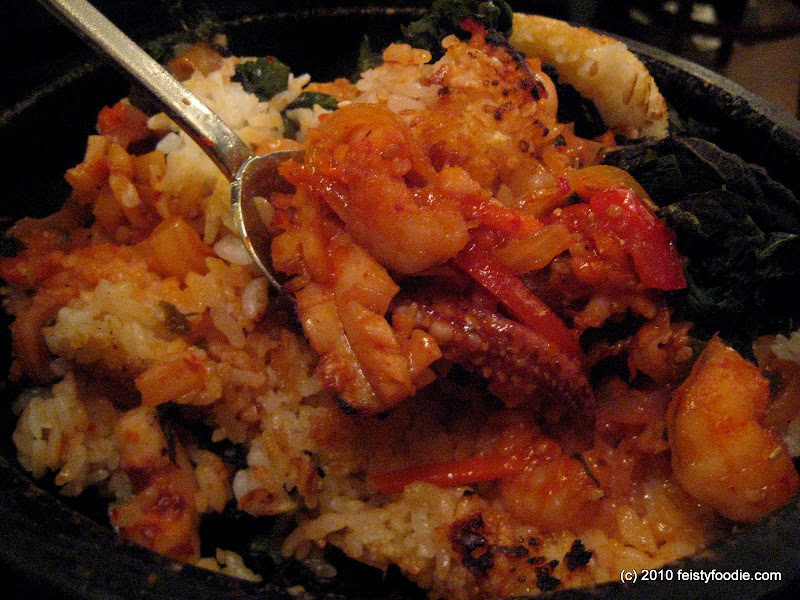 Check out the super crunchy rice from the bottom of the pot. There was plenty to go around. It has the flavor of popcorn, for those of you that may be turned off at the idea of eating crunchy rice. 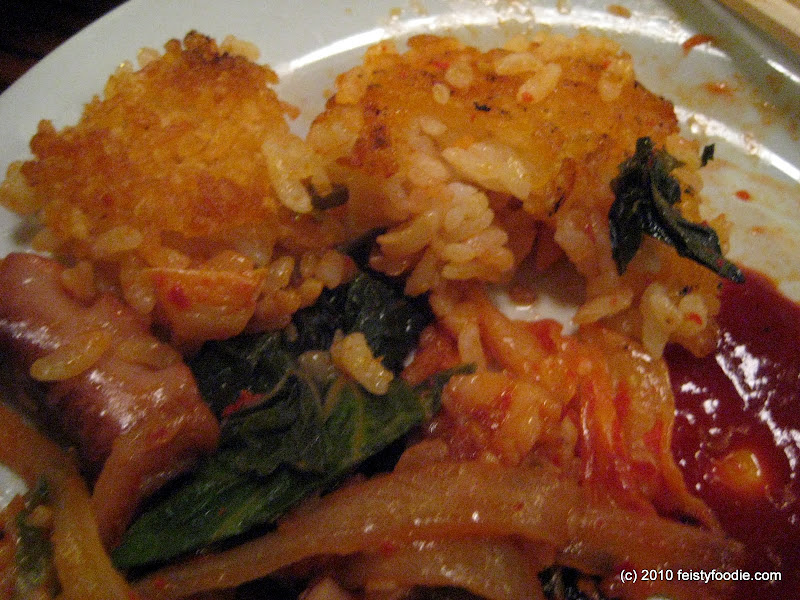 CT says: I love bibimbap and this one never disappoints. When you order it, make sure to let it sit for a few minutes to develop that nice rice crust (trust me, it’s delicious!); then stir, stir, stir and eat! The mix of flavors and the occasional crunch amid the soft rice and meat/seafood is so good! I wasn’t too fond of the greens that were used in the dish this time around – the flavor was a little too strong for me and overwhelmed the other parts of the dish at times. However, it didn’t bother me enough to prevent me from eating a whole lot of this dish.

All in all, Han Bat never disappoints. They specialize in what would be considered Korean comfort food. The only problem is that they make my favorite dishes so well, it is hard to venture to try different items. Prices are reasonable and you will not leave hungry.