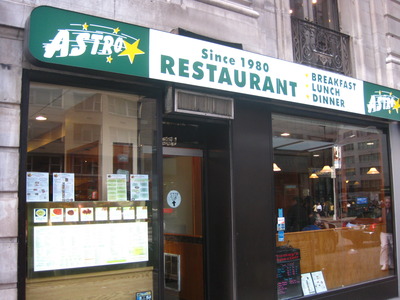 Wandering around the city after a press event, I decided I was really hungry, so I waltzed into Astro, surprised to see an old-school diner on such a busy midtown intersection. 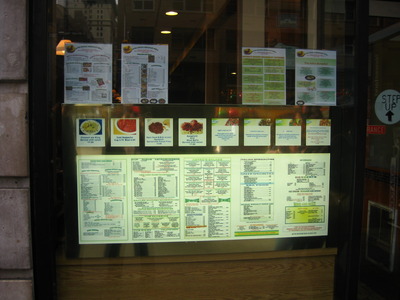 The entire menu was displayed proudly out front, which I adored. 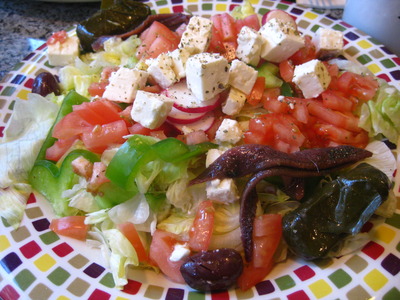 My go-to standard at diners is always Greek salad.  If you can do this right, well, you’re golden.  This one… was alright.  Something tasted slightly off; maybe it was just how chopped down everything was, making it hard for me to eat a real full bite.  It was like going to Blimpie’s or Subway (um, not that I do that – anymore… not since I was in high school, anyway) and getting a salad made with the lettuce that had been shredded for sandwiches.  It’s not what I call good eats 🙁  – I can’t hate on the components though, they got those right at least. 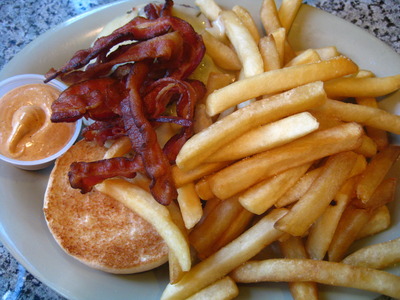 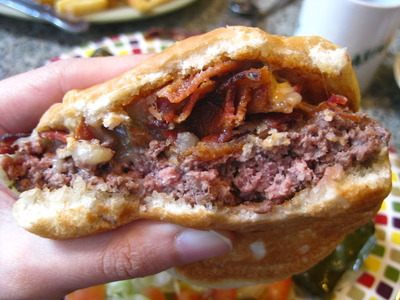 The burger was juicy.  Standard diner burger.  Solidly good.  I can’t say I was pleased with the prices – the burger platter at $10.95 isn’t bad for location, though my ‘small’ Greek salad was $12.75 which is a little outrageous – but it is what it is, I suppose, again given the location.

Yvo says: Solid diner fare in the heart of midtown, no surprises here.  If that’s what you crave, that’s what you’ll get here.
recommended for diner food