As Fall is quickly approaching, a new tradition is occurring at one of my favorite parks in the city, Madison Square Mark’t. They have two groups of stalls, one for different types of gifts and (the more important) one for food. I went last year with Aunt B and had a nice time and meal. Those were my pre-blogger days, so I don’t have any pics for you. When Jason from Me So Hungry, posted the list of vendors, I knew I had to go check it out ASAP.

CT and I first took Scout to the dog run in the park to use up some of that puppy power she has. Scout is really getting the hang of the dog run now and is making new friends left and right. 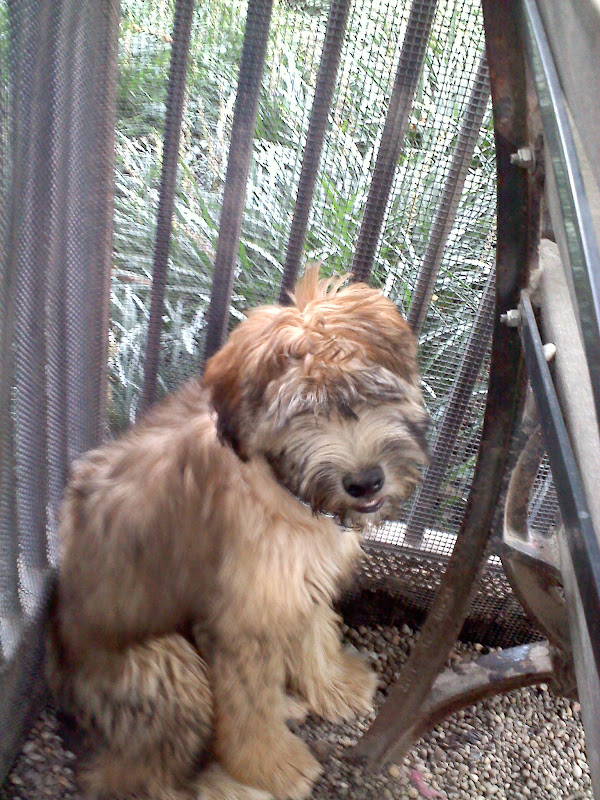 Eventually, she was exhausted and it was around the time Aunt B was getting back to the city and came to meet up with us for dinner. 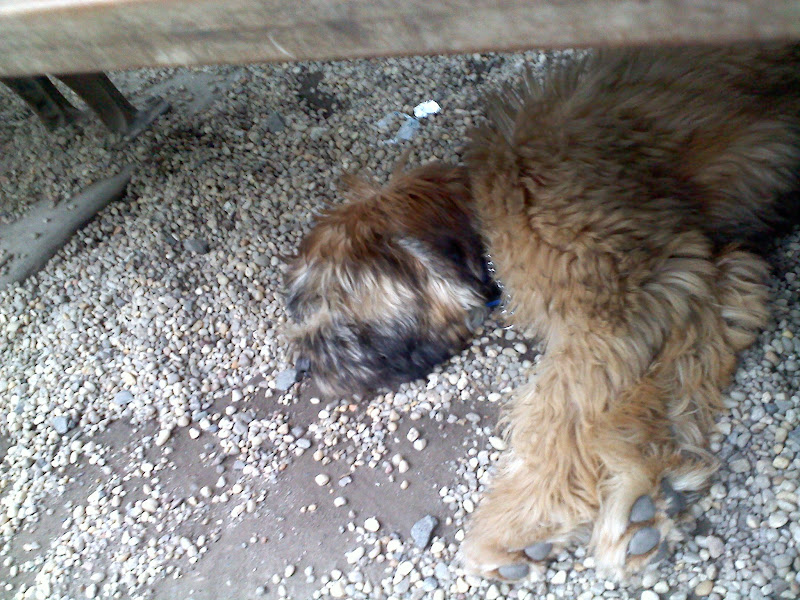 I would have to say that the number of vendors doubled from last year. This would make the decision even harder. When I saw ilili was offering a duck shawarma, I knew I wanted that. Apparently everyone else wanted it too because they were sold out. Check out the picture Yvo got of the lamb on the spit the day before. 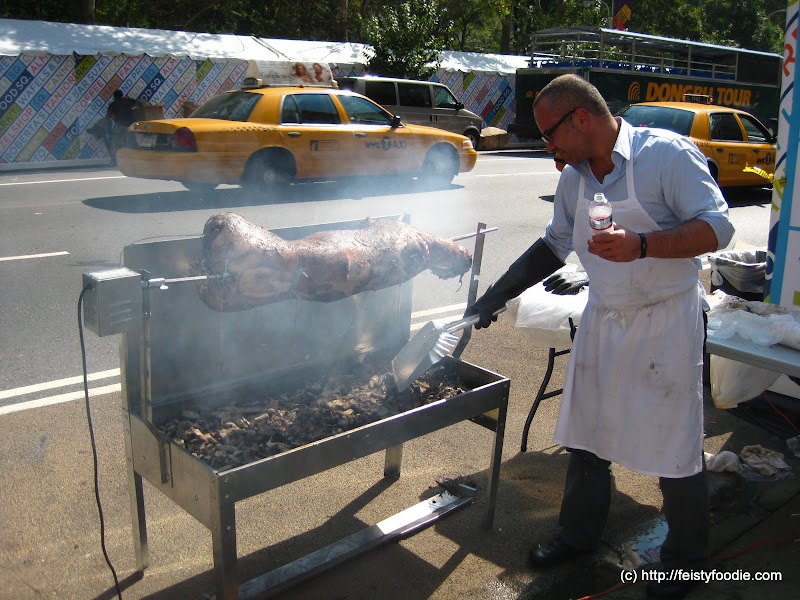 The stands are all pretty small so I recommend going for an early dinner to try to ensure that all of the dishes are still available.

CT & I decided that Resto was our best bet. We have been to the restaurant a couple times before and always enjoyed it. Their offerings here were different that was is on the menu, so we don’t get marks off for not trying a place we haven’t been to before. We decided to share their two sandwich offerings: Sloppy Goat and Pig’s Face Sandwiches. 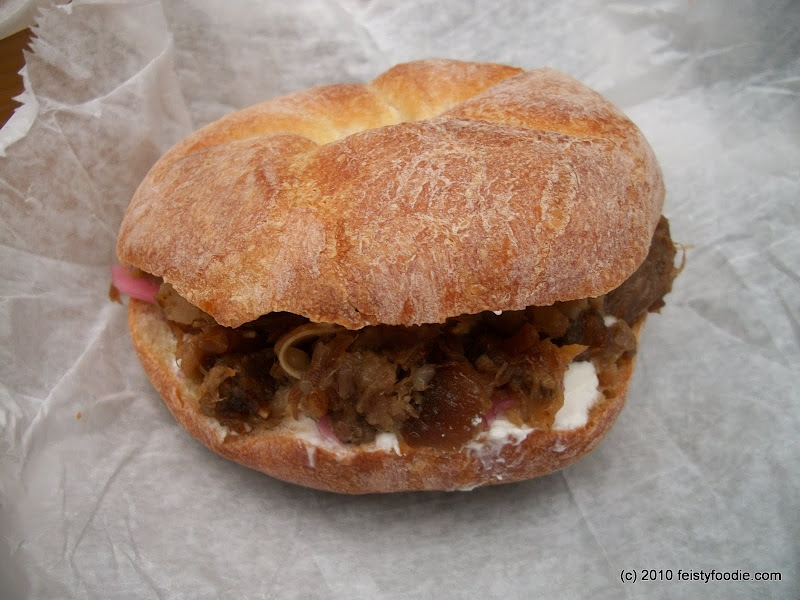 I was a disappointed by the Pig’s Face. It was a little bland for me. The pickled onion added nothing to the sandwich. Fortunately, CT liked it a lot more than I did.

On the other hand, the Sloppy Goat was much more flavorful. There were a ton of spices in the sauce, so much so that the meat could have been beef for all I know. The carrot chunks were al dente, which gave a nice crunchy contrast. I can’t even remember the last time I had a sloppy joe. 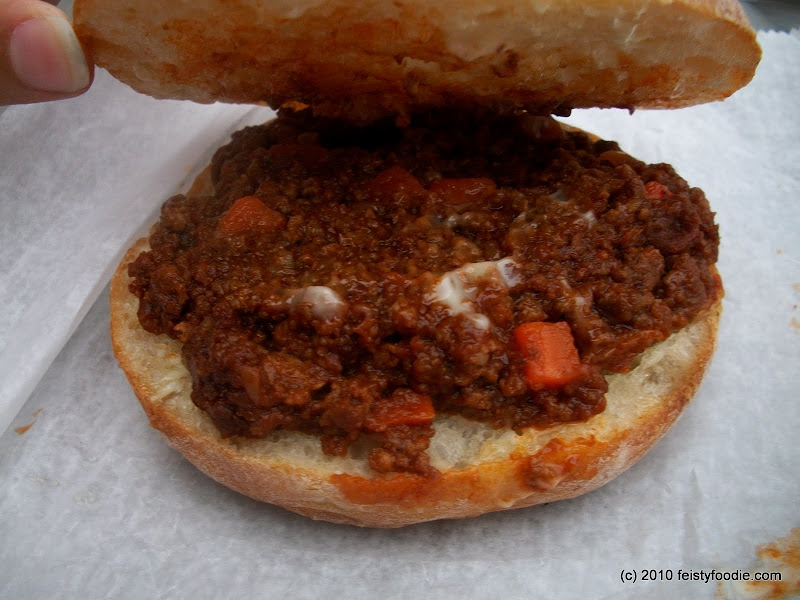 Aunt B went with the margarita pizza from Roberta’s. They have a portable wood-fired oven, which is pretty cool. It was quite the picturesque pizza that she got. I had a slice and it was quite tasty. The quality was as good as any of the artisanal pizzas you can get around the city. 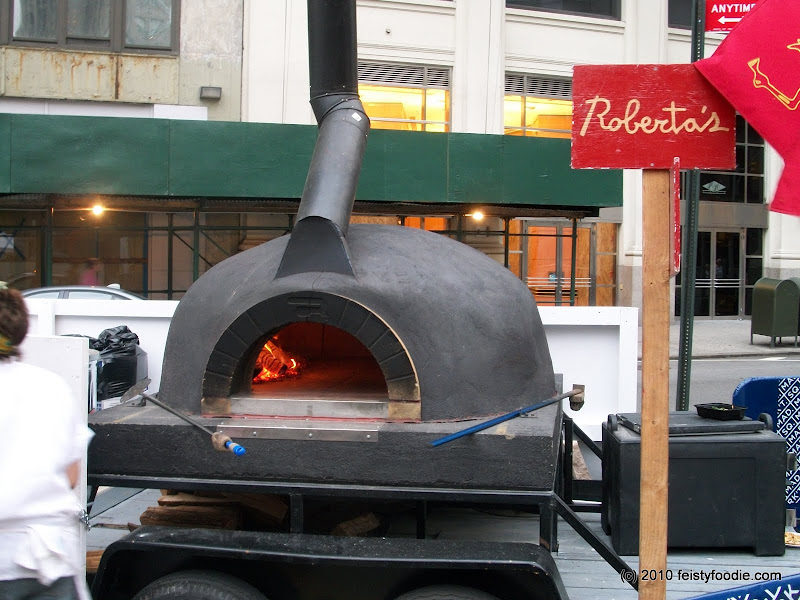 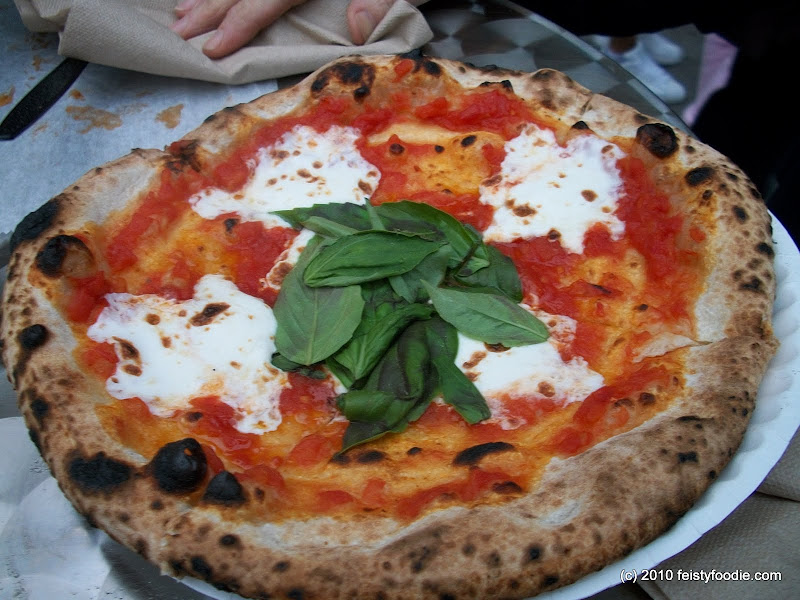 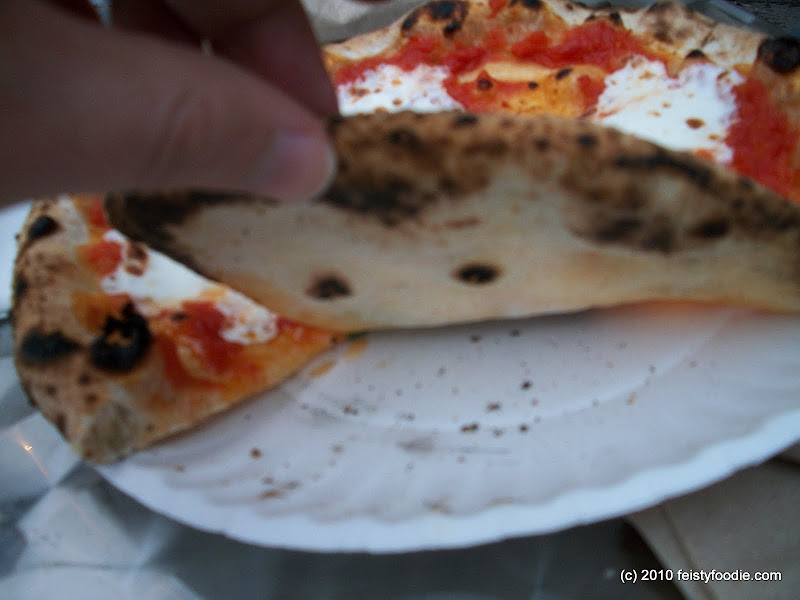 Since I didn’t want to wait for my stomach to tell my brain that I was full, I decided to get a pretzel from the Sigmund Pretzel stand. They have a store in the East Village that I have been meaning to get to, but never had. I decided to get the Uber Pretzel. With a name like that, how could you not get it? It was also only $6. When a regular pretzel is about a quarter the size at half the price, you get the larger pretzel. It was pretty good. I liked the char outside the pretzel, none of that lame Super Pretzel stuff you get from a hot dog vendor on the corner. 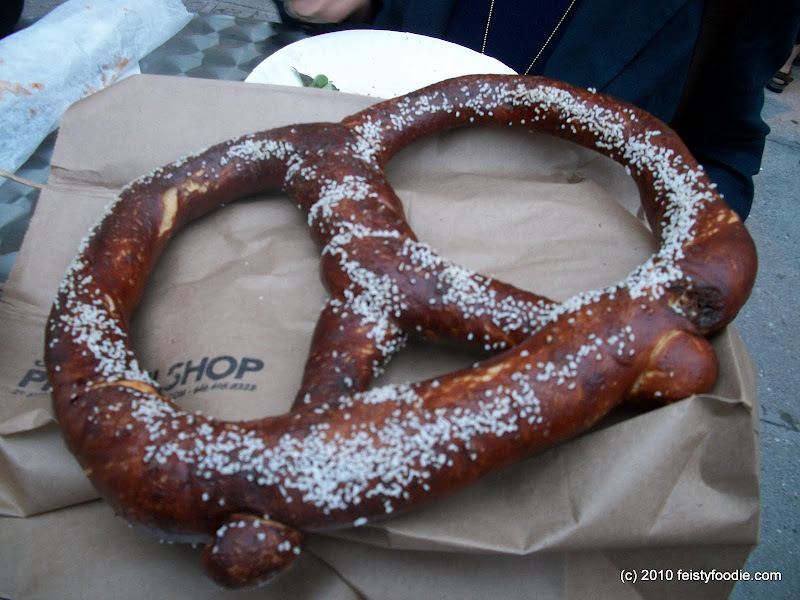 Earlier in the day, CT got a glass of fresh apple cider from the orchard stand. I had a sip and it is basically Fall in a cup.

All in all, the Madison Square Mark’t is not to be missed. There is something for everyone(cliche’ enough for you?) It is open daily 11-8 until October 23rd. It is a great opportunity to try different foods from different restaurants in one place and enjoy the weather before it gets too cold out.