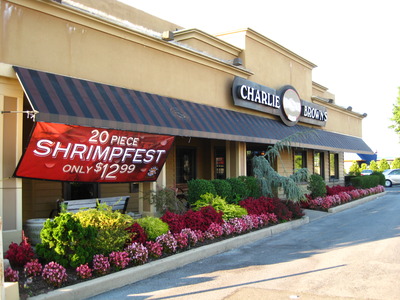 I’ve never kept it a secret that I do enjoy chain restaurants; I appreciate what their purpose is, and respect when they achieve that purpose fairly well.  Some don’t (Crapplebee’s, I’m looking at you: you served me a bad salad.  Seriously?  How can you make a salad BAD?!  Don’t dry the greens enough and leave them outside or something so they wilt.  Geez.), and some do.  One that I’ve been to a good handful of times in my life now that consistently hit the mark is Charlie Brown’s, a cute “steakhouse” style establishment that boasts inexpensive meals, a location really close to FeistySis’s house and child-friendly atmosphere (which means it’s often a contender in suggestions where to go with the family that she can bring the kids, and often wins due to those two latter qualities). 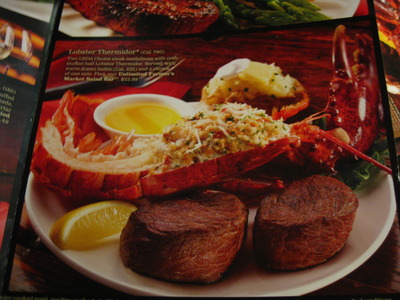 On this occasion, Snorlax actually suggested we visit for their seafood feast (limited time, I think it’s over now).  He sent us menus, which boasted… omg… is that… LOBSTER THERMIDOR???  Yes.  Yes it is.  Now, a quick story: I have a list of things I’d like to eat.  Lobster thermidor AND lobster newburg are both on this list (two somewhat similar dishes), but I haven’t been able to find it anywhere – though lobster newburg is still on the menu at Delmonico’s, it’s listed at $49 – so when I saw lobster thermidor on the menu for Charlie Brown’s, I knew exactly what I wanted. 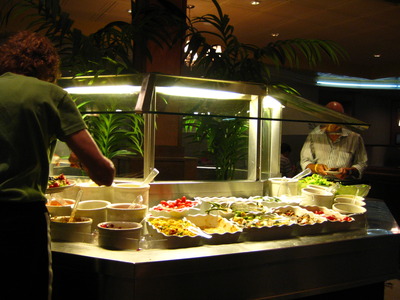 One of the nice things about Charlie Brown’s, for those of us who are super fatty inclined, is the fresh farmer’s market salad bar.  Basically, with some meals, or with a small surcharge (around $5, I believe) for other meals or non-meals, you get unlimited servings from the buffet. 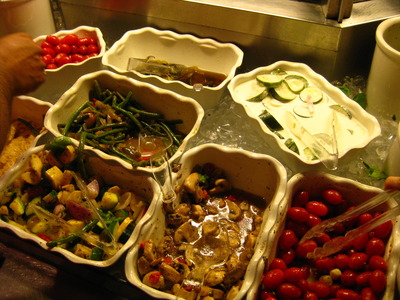 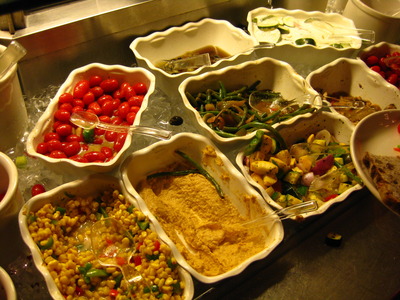 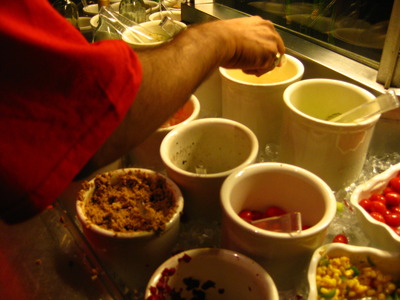 dressings, the various toppings for your average salad, breads, butter, and chicken liver pate (!!!)… it’s a very generous salad bar from which to build your salad. 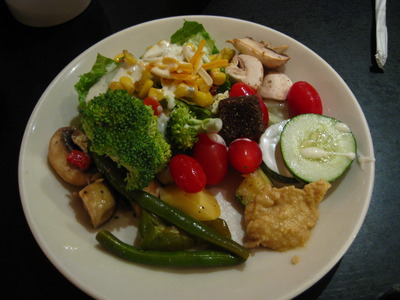 I grabbed a bunch of different things, not wanting to fill up too much, and found myself pleased with all of it.  Well, the hummus was only alright, but everything else was fresh, bright-tasting, and a great way to whet my appetite. 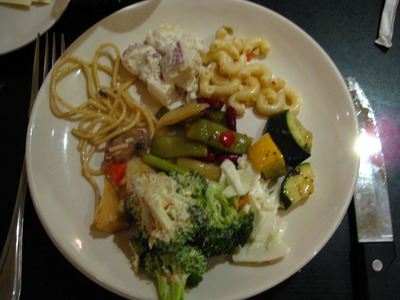 I even went back for a second plate.  Yum. 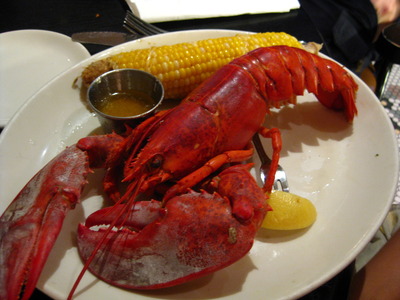 The entrees started to arrive.  FeistySis ordered the whole lobster with corn on the cob and sweet potato fries, which arrived on a separate plate.  I was munching from that for a while, those were tasty.  I know she liked the lobster a lot – she said it was really sweet.  I didn’t try any though, busy with my own dish. 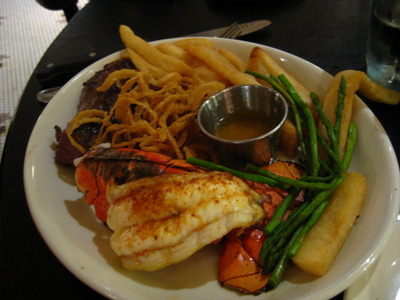 FeistyMom and Snorlax both ordered the surf & turf, feeling lazy and uninterested in the work associated with cracking open a lobster to eat.  I know they were both pleased with their choices as well!  FeistyMom commented how full she was afterwards as well. 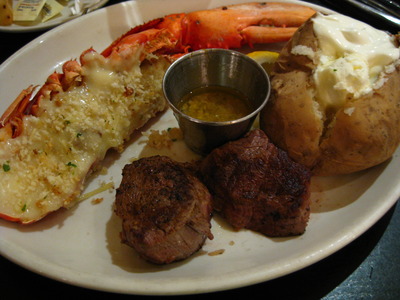 As for my lobster thermidor, well… 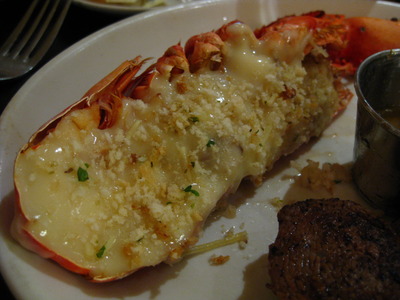 I was a little surprised; now that I think about it, I’m not sure what I was expecting.  It tasted fine, nothing really extraordinary – though I wasn’t really expecting it to be.  I don’t know.  I know that I was just excited to see this dish on a menu, any menu, and didn’t take into account the place offering it, while good, might not necessarily go to the extreme steps necessary to create the dish “authentically” (the recipe is pretty involved, which might be why I never see it on menus).  So it was tasty… but I still want to have lobster thermidor using the genuine recipe!  🙂 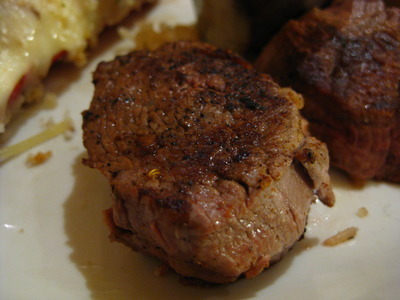 My steak medallions, which I hadn’t wanted in the first place, were a lot smaller than I’d expected as well. 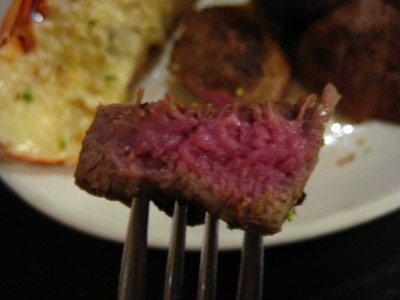 But they were cooked to my specification of medium rare.  I thought mine lacked salt, but everyone else said their dishes tasted perfectly salted to them.  I chalked it up to my enjoyment of saltier things.

Yvo says: Charlie Brown’s is a place that knows who it is and is proud of that: a chain restaurant offering inexpensively priced food for people of all ages – I usually see a lot of seniors enjoying their senior specials (if I’m there earlier in the evening) and lots of families with children enjoying a casual dining establishment with something for everyone.  Will it win a food snob’s heart?  Unlikely.  But you know what?  This girl eats what she wants, and spends time with her family any way possible.  I call this tasty and fun.  You can call it whatever you like… but if you go, also look for coupons in the local paper or online, because this meal was made about $20 cheaper using coupons from the newspaper and online in tandem 🙂  Very awesome!
recommended inexpensive casual dining option, especially if you have young children in tow