Since I was going to Montreal for a long weekend for my buddy’s bachelor party, CT and I decided to go out to dinner on the Wednesday before. We had a lot of Blackboard Eats coupons in the bank, so it was a tough choice on where to go. We heard some positive things about Mermaid Oyster Bar in the West Village, so we headed down there. Although Yvo had mixed reviews when she went to the East Village location, the 30% off deal was too good to pass up. (Apologies ahead of time for the pictures as it was quite dark inside.)

After being seated, we were given a small bucket of flatbread to munch on. 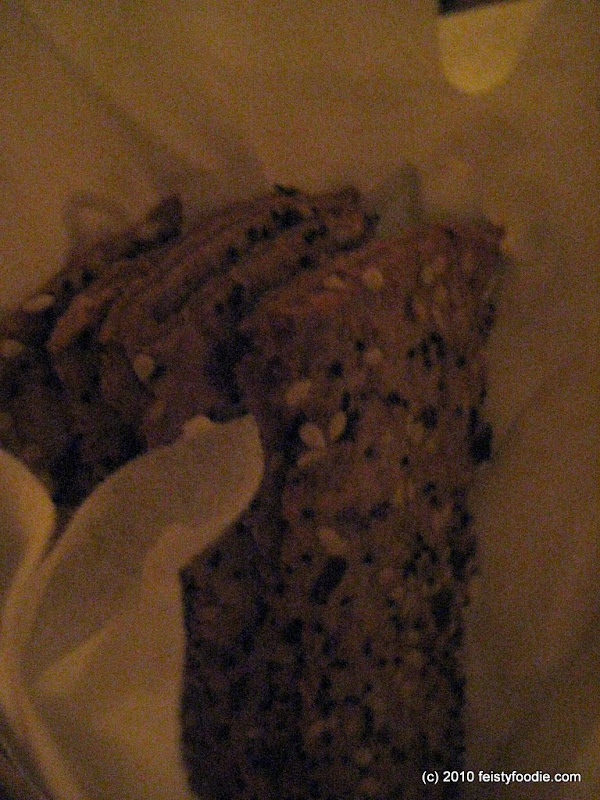 I just drank beer, but CT decided on a cocktail. She went with “The Princess” which has Rose wine, St. Germaine, and Prosecco. She liked it a lot. I think CT and Yvo are in a competition to drink as much elderflower liquor as possible. These two are insatiable! 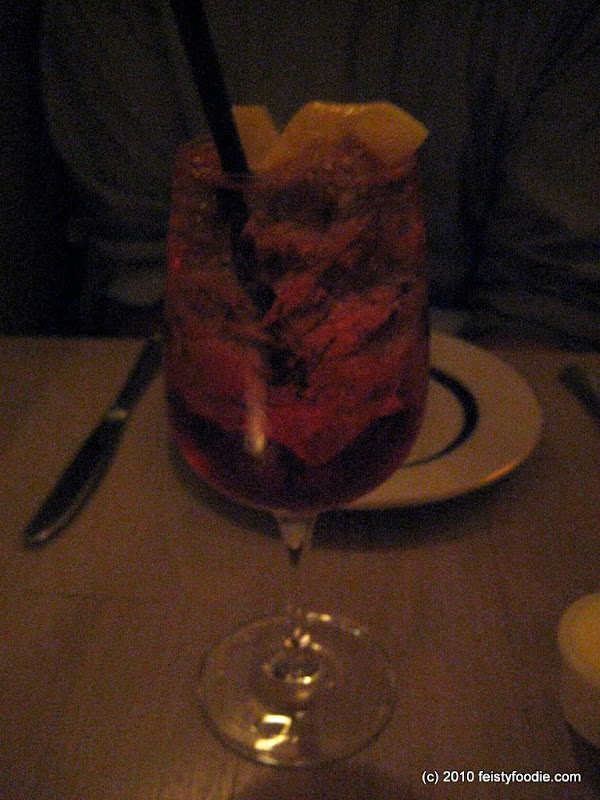 CT says: But I AM a Princess, so how could I not order it?! This drink was nice, not too sweet, a great way to end a day!

We started with some oysters, since it is their specialty after all. They have a large selection of individually priced oysters separated by West Coast and East Coast. Since I don’t think oysters travel particularly well, I decided we should stick to the East Coast ones. We got two of the following: Naked Cowboy, Mystic, and Tomahawk. I am no connoisseur when it comes to shellfish so it was pretty hard to differentiate between them. All I can say is that they were super fresh and very tasty. 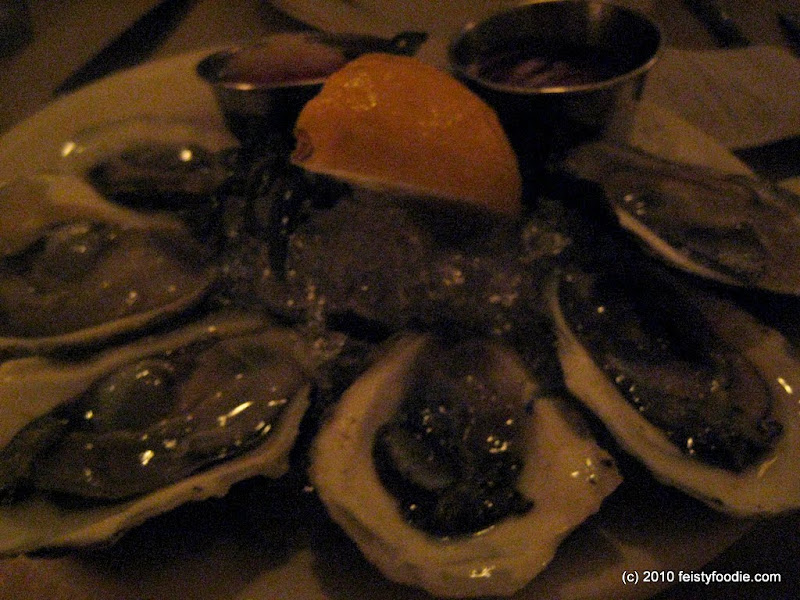 CT says: I’ve only had oysters a few times before, but I really liked these! Very fresh tasting and delicious! For oyster-newbies, I’d suggest using a bit of the dressings they provide on the side. But these were great with just a splash of lemon!

Local Fluke Ceviche with ground chilies and ginger, 3 crab sauce. Our super friendly waiter gave us glowing reviews of the ceviche, so that was reassuring since everyone and their mother has a ceviche on their menus these days. He was not wrong! It was vinegary, spicy goodness. The fish was super fresh, not “fishy” at all. 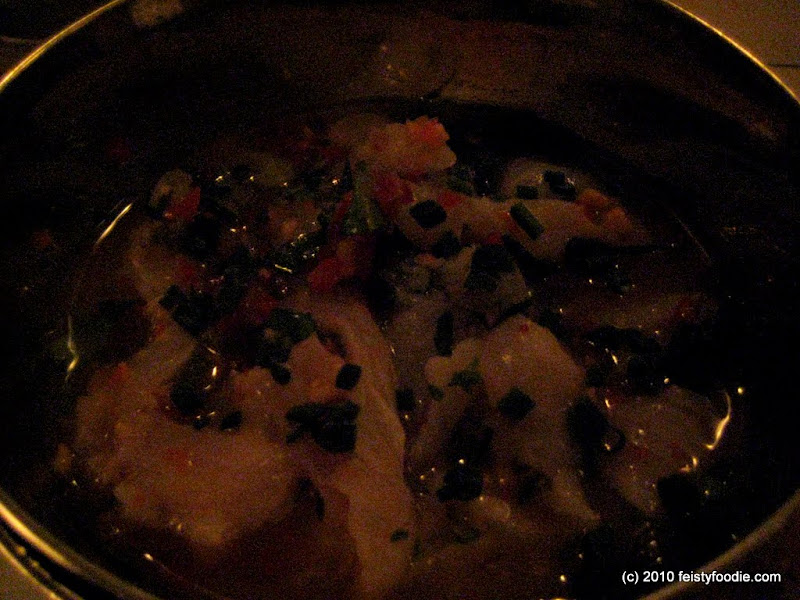 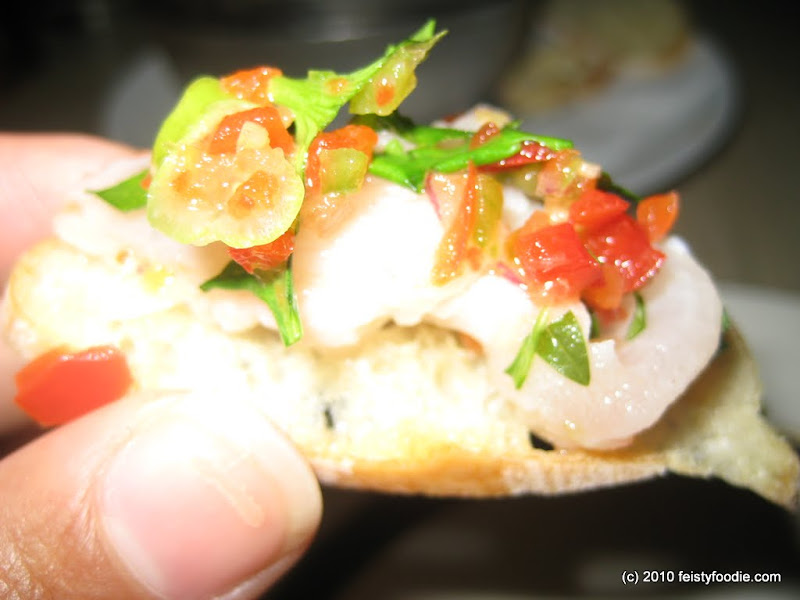 CT says: This was some of the best ceviche I’ve ever had. The balance of all the ingredients was so fantastic and the taste was so light and fresh! Even after the bread was gone, I just kept eating it on its own. The picture doesn’t do it justice, but this is a must order, every time! 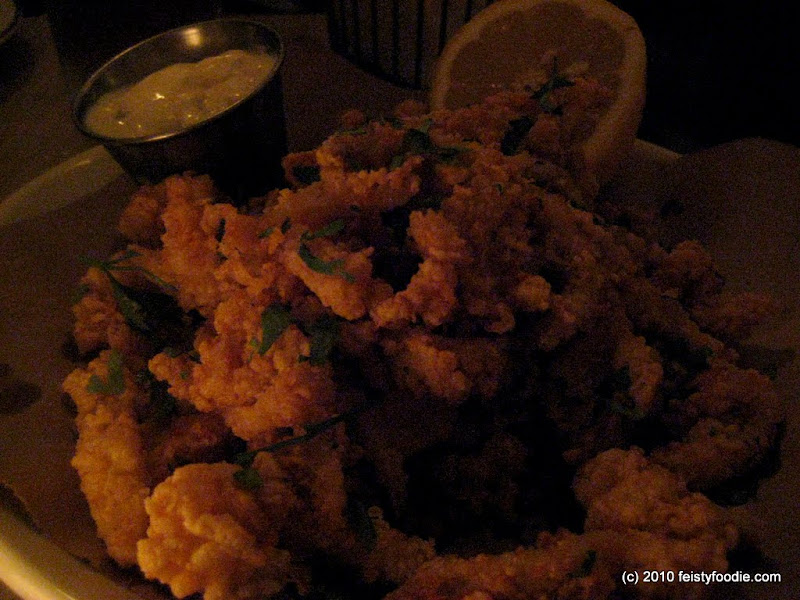 CT says: Agreed. These were yummy and fried nicely, but hard to compare to the ceviche.

CT got the fish tacos for her entree. I had a bite and they were quite yummy. 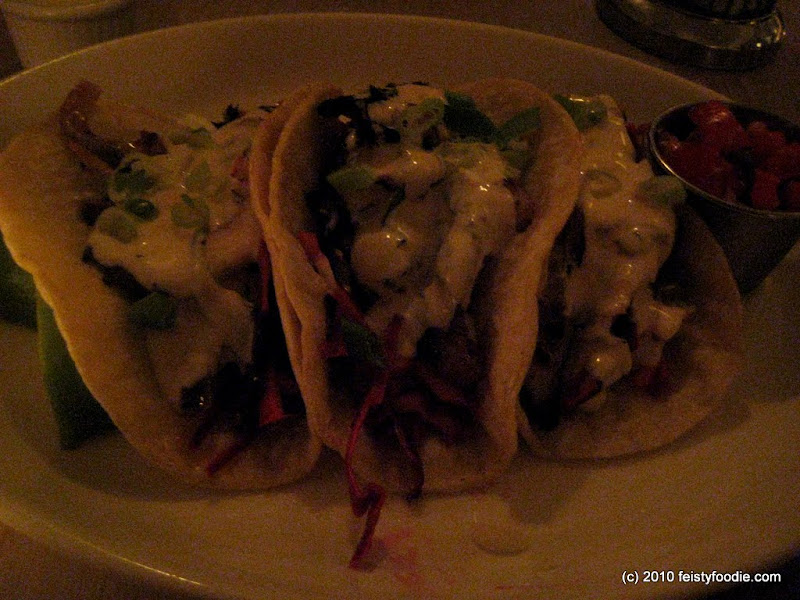 CT says: These were really good! My first taco didn’t have a lot of fish, but the next two more than compensated. The cabbage slaw gave it a nice crunch and the dressing added a bit of acid without overwhelming the fish (which I believe was tilapia). Overall, a nicely balanced dish.

I went for the Crab Cake with “whale fries” and cole slaw. I haven’t had crab cakes as an entree in a long time, so I was really looking forward to this. It was a really good one, hardly any filler. The “whale fries” were sliced fried potatoes with a little seasoning. They were really good and quite addictive. The cole slaw did a great job of rounding out the dish. The cabbage was super crunchy and lightly dressed, which brightened everything. 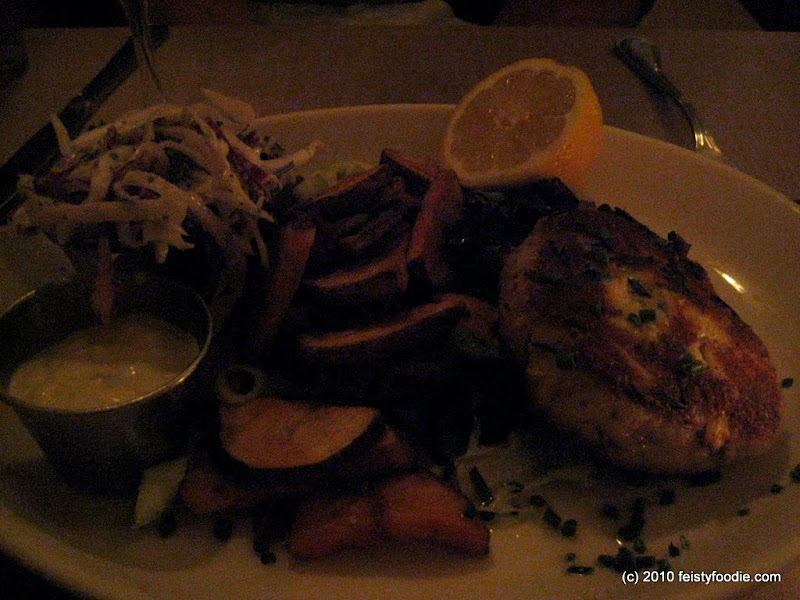 Although the restaurant does not have a dessert menu, everyone is presented with an espresso cup of chocolate pudding with whipped cream. It was the perfect way to end such a filling meal! Also we were each given “fortune fish.” You may remember these from your childhood as the plastic fish that you place on the palm on and depending on how it moves gives you a fortune. My fish curled up from both ends, which means I am in love. I guess it is pretty accurate. 😉 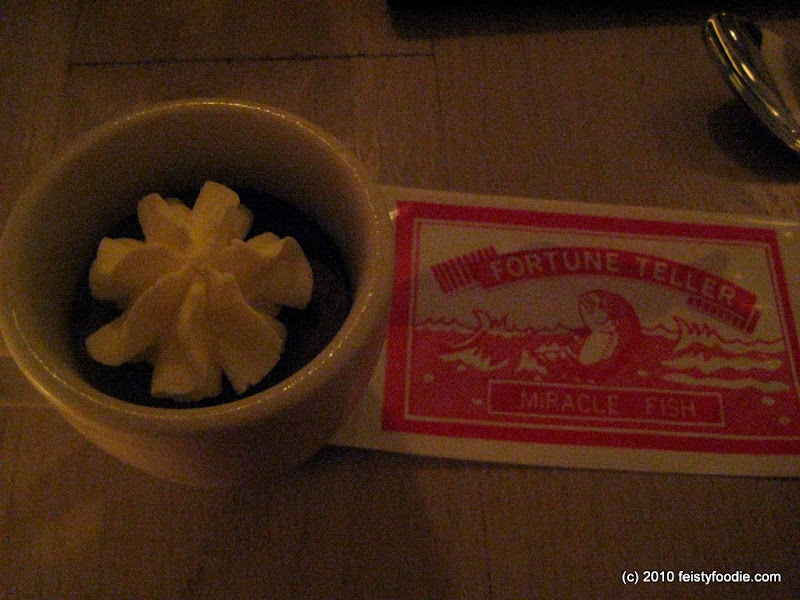 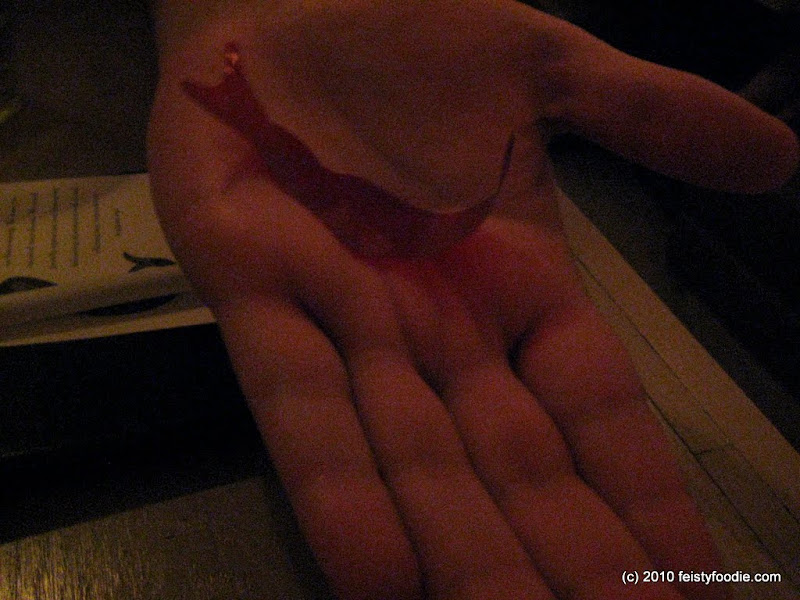 CT says: The pudding was a great ending! I have a major sweet tooth, but I’m usually too full to order dessert, so this was a nice compromise as the pudding was light and fluffy! My fish started out motionless, which means tired, but gave a few good shakes of the head and tail too!

All in all, it was a great meal and a perfect way to say goodbye to CT for a couple of days. The service was very good and quite reasonably priced. We did a good job to order way more than we needed, since everything was 30% off. I would definitely return in the future even without the discount.