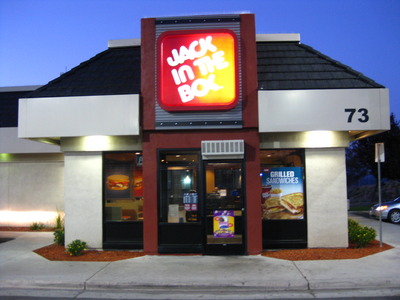 Don’t you judge me!!!  I’m from New York, born and raised.  Jack in the Box?  We don’t have those on the East Coast.  Shush.  Everyone talks about this place.  After driving the 6 hours from San Francisco, I just wanted something fast to eat, and this seemed as good a time as any to pop my JitB cherry. 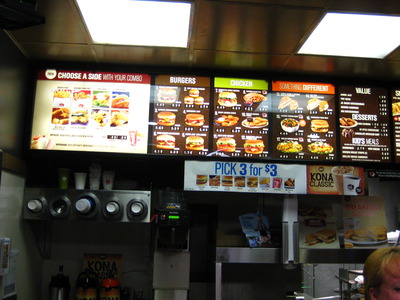 The brightly lit menu; the manager was amused by my photo-taking, so we got to talking and she revealed she actually originally hailed from Pennsylvania, so she understood my fascination with the chain. 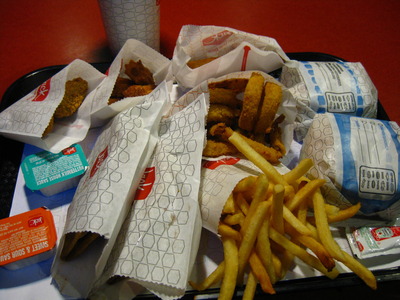 I went a little nuts. 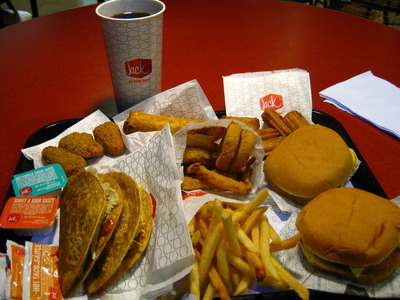 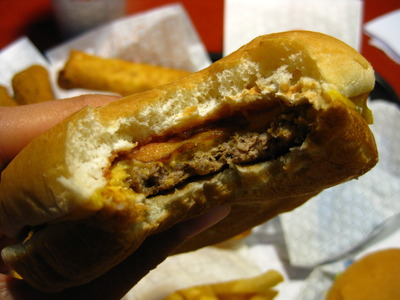 No, it wasn’t good.  It wasn’t awful, but it certainly wasn’t very tasty. 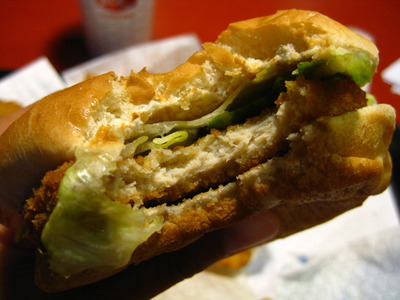 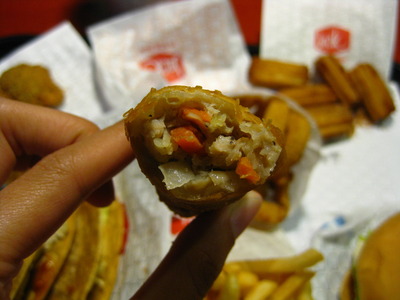 I don’t even know how I wound up with an egg roll.  This is like the worst Chinese take out egg roll EVER.  And then a little worse. 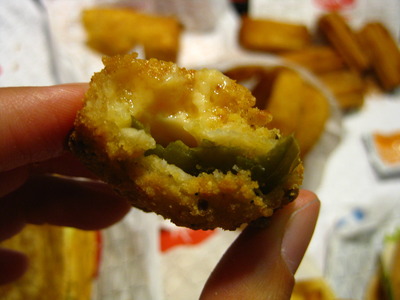 The jalapeno poppers weren’t bad – whole peppers stuffed with gooey cheese and deep fried.  I’m not hatin’ on that. 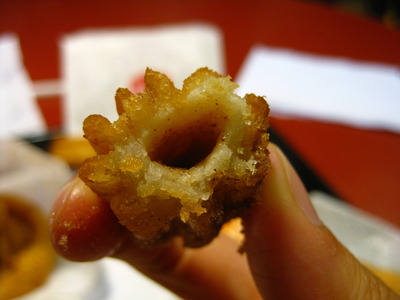 The churros… these were actually some of the best churros I’ve ever had.  Uniformly extruded dough, crisply fried with a great flavor, but even better?  They were filled with – I want to say dulce de leche or some form of it – but really tasty!  I really liked these. 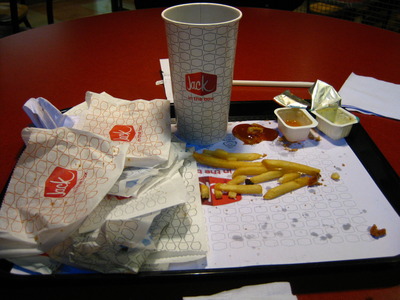 The fries were standard; I liked the onion rings better.  The tacos were pretty awful, but… you know.  2/$1. 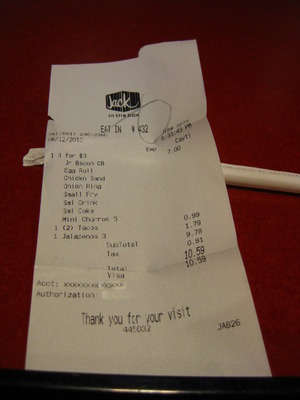 And all this food cost me just over $10 (I must’ve been sleepy, dunno why I used my cc).  What the heck???  You know what this place is?  It’s perfect drunk food.  If we had one in New York, it would put White Castle to shame – people would go here because someone could get burgers while someone else could get tacos, and someone else could get churros.  Where in New York do we have that?  And cheap, of course.  (Of course, if they came to NYC, it’s unlikely the prices would remain the same…)

Yvo says: Since I don’t get drunk often, and I definitely don’t get drunk in California often – I usually drive there – I don’t foresee returning.  HOWEVER, this is fine for when you’re really drunk and you just want to shove some food in your mouth… greasy, greasy food… that won’t kill your wallet, since you’re probably already broke from a night of drinking anyway.
it is what it is and doesn’t try to be anything else, which is cool

Sorry I don’t know what location this was… it was pretty close to LA though, and right off a highway