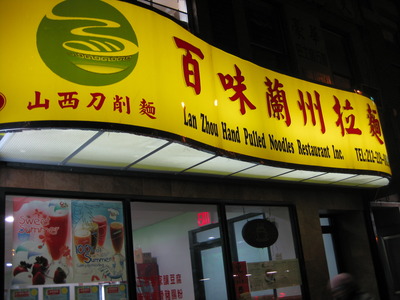 One last stop in the hand pulled noodle journey!  The very first place I started was Lan Zhou (which is the region from which hand pulled noodles come, actually).  Since then, another place has opened with a similar name, so I made my way over to this ultra clean restaurant, which was pretty empty on a Wednesday evening. 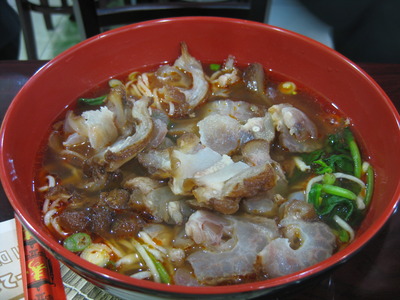 Spicy Ninja ordered some spicy soup.  He liked it a lot, if I recall correctly.  He said it was a good spicy level, not crazy but not too mild either (one of his pet peeves). 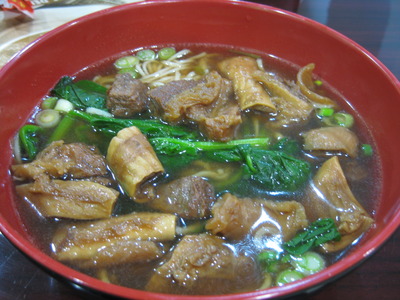 I ordered the ‘beef stew hand pulled noodles’ – it’s not really beef stew, but it’s a bunch of really yummy beef parts that I like to eat. 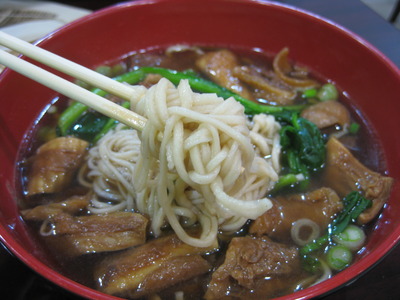 A nice tangle of smooth, slippery noodles.  I really liked my noodles and there wasn’t too much MSG present to make my mouth tingle later.  Mmm.  I thought the noodles had a good chew to them, and were pretty tasty. 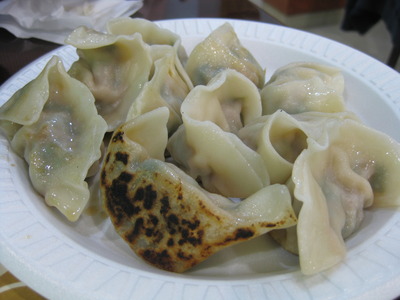 Dumplings.  Once again, fried was not on the menu, but because I was with Spicy Ninja, he busted out the Mandarin skillz and requested them fried, which was met with no resistance.  Seriously, when I’ve gone to the other places without him or a Mandarin speaker, they consistently refuse my attempts to get them to fry the dumplings, dammit. 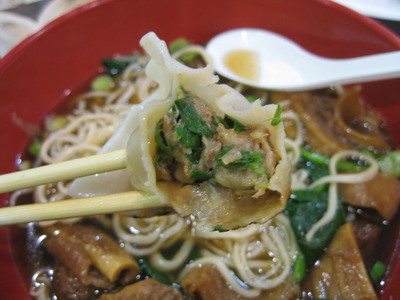 The dumplings were super juicy and pretty tasty.  I like.

Yvo says: This place gets a lot of points for being one of the newest to open, so it was super clean, plus its location isn’t quite as shady as Super Taste, Sheng Wang, or Kuai An La Mian.  But the noodles were solid, as was the broth, and the overall experience – despite it being totally empty – was a positive one.  I will definitely be back… though I don’t know how I’ll get those fried dumplings.  The original Lan Zhou still gets the win for that being on their menu.
recommended