In Japanese, Yakiniku means, literally, “fried meat”.  This is basically what you do here- fry your own meat.

Personally, I am more familiar with this stye of dining under the label “Korean BBQ”.  I adore Korean BBQ and have a favorite place (that perhaps one day, not so soon, I will return and tear down the house- I

you Picnic Garden!!!) but the thing I dislike about Korean BBQ [in general, not specifically about Picnic Garden] is the price and the fact that when you’re done cooking meat on a wood grill, you reek of meat.  That is fun and dandy the first time, but eventually you get very tired of all the neighborhood dogs following you around and circling you, ready to eat you if you trip and fall.

I was told by friends who’d gone to Japanese BBQ before that because the vents are on the side of the grill, you leave with less of an odor.  I must admit that I left the other night without a meat odor embedded in my skin, although there didn’t seem to be any AC in the place, so there was a different odor surrounding my dining companions.  Ew. 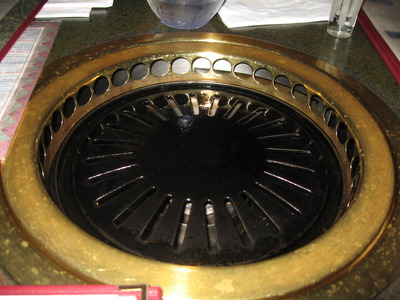 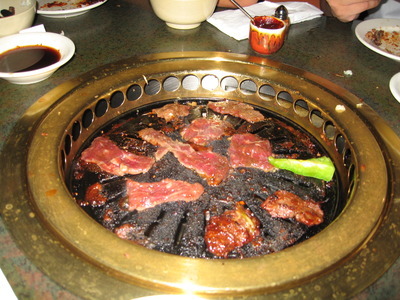 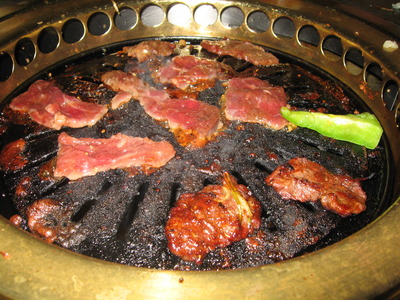 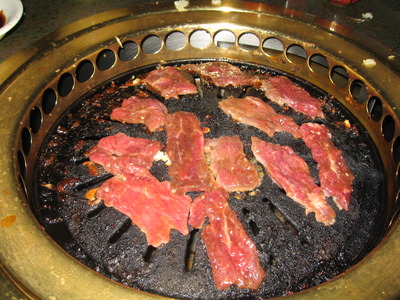 Sunday through Thursday this place also has an all-you-can-eat special, for $25, which includes unlimited meat, veggies, and rice.  They give you your choice of short rib (boneless or bone-in- boneless is so delicious), sirloin, lamb, chicken, pork, or liver.  We chose to start off with everything minus chicken or liver, and dug in voraciously.  (That’s the first picture of meat; I’d already thrown the veggies on the grill before taking a picture, oops.)

They included cabbage (regular), eggplant, bell peppers, carrots and onions for veggies.  The sauces were the mung bean paste (spicy) traditionally served on the side at Korean BBQ, that you wrap the meat up with in lettuce, and pickled garlic, which we generously tossed over our meat while we grilled.  It smelled fantastic.

Personally, I am not a fan of lamb because of the gamey edge that tends to come with it.  The first round of lamb was alright (I had voted against ordering it, and only wanted short ribs to begin, haha), but the second round was gamier and we took it out of the rotation after that.

The sirloin was sliced very thinly, and though it cooked quickly (which is a bonus when you’re hungry), it also dried out very quickly.

I didn’t eat any of the pork because I have an acute fear of pork and pork products (bar bacon).

Now, the short ribs.  You could ask for spicy or BBQ, and we requested BBQ.  The bone-in I’d thought would be better, but the boneless was infinitely tastier.  The bones had little to no meat on them and required too much work to eat; the boneless were just slabs of meat, perfect thickness and marinated just right.  They cooked up very juicy (that’s mostly what you see on the grill in the later pictures) and yummy.  We eventually stuck to ordering just [boneless] short ribs.  So good.

For $25 (~$35 post tax & tip), I thought we got our money’s worth and the meal overall was yummy and filling.  The only minor annoyances I had were… the lack of an industrial grade AC because we were sweating buckets by the end, the lack of side dishes to snack on with our meat (which is standard at Korean BBQ), the length of time it took for our orders of meat to come out, only because it’s raw meat, how long should it take to bring it out???, the fact that progressively the dishes of meat brought to us got smaller and smaller, and the location (it’s in/near “Curry Hill” says the Zagat article posted within, but to me, it’s because it’s on 28th and Lex, which is basically near nothing if you want to hang out afterwards).  I will be trying Yakiniku West soon, to compare, and since YW is right by St. Mark’s Place, I doubt I’ll have complaints about the location.  Bottoms up!

**I also want to point out that the layout is weird.  You walk down a short flight of stairs, in and all the way towards the back, then up a narrow twisty spiral staircase which was hard for me to navigate.  It was short, too- I took 2-3 steps up it and my head was above the floor already, so I was really nervous because if I drink at all, one of the first things to go for me is the ability to maneuver stairs.  Weird.

Yvo says: If you’re in the area and want a lot of meat, fast, go for it!  Since we all ordered the all you can eat, it’s hard to tell if the other prices were good or fair (though they looked okay, cheaper than Korean BBQ but perhaps the portions were smaller? no idea), but we definitely got our money’s worth and enjoyed the place thoroughly.  I just wouldn’t suggest going out of your way for this place.  Yummy! 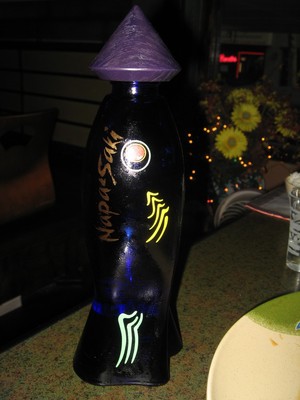 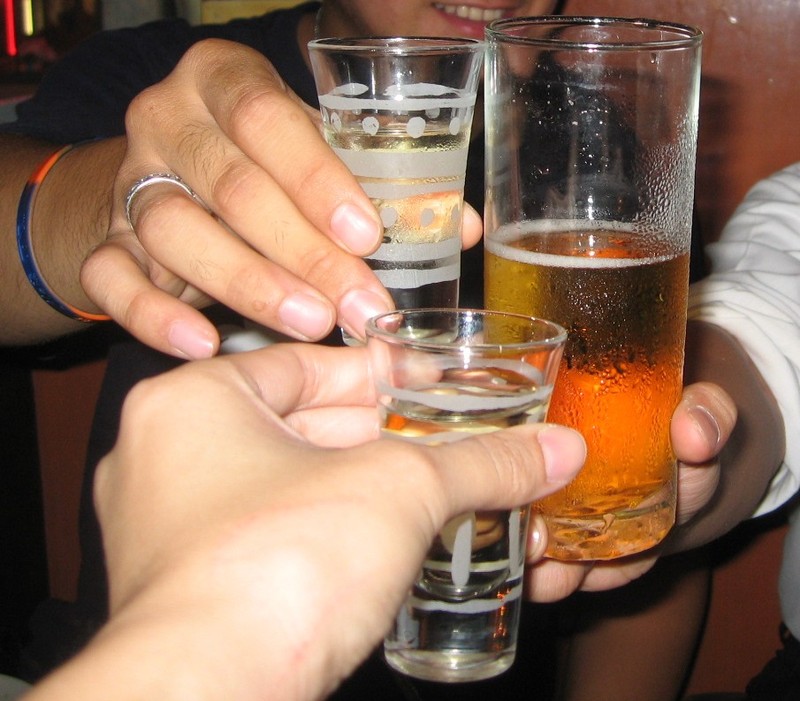